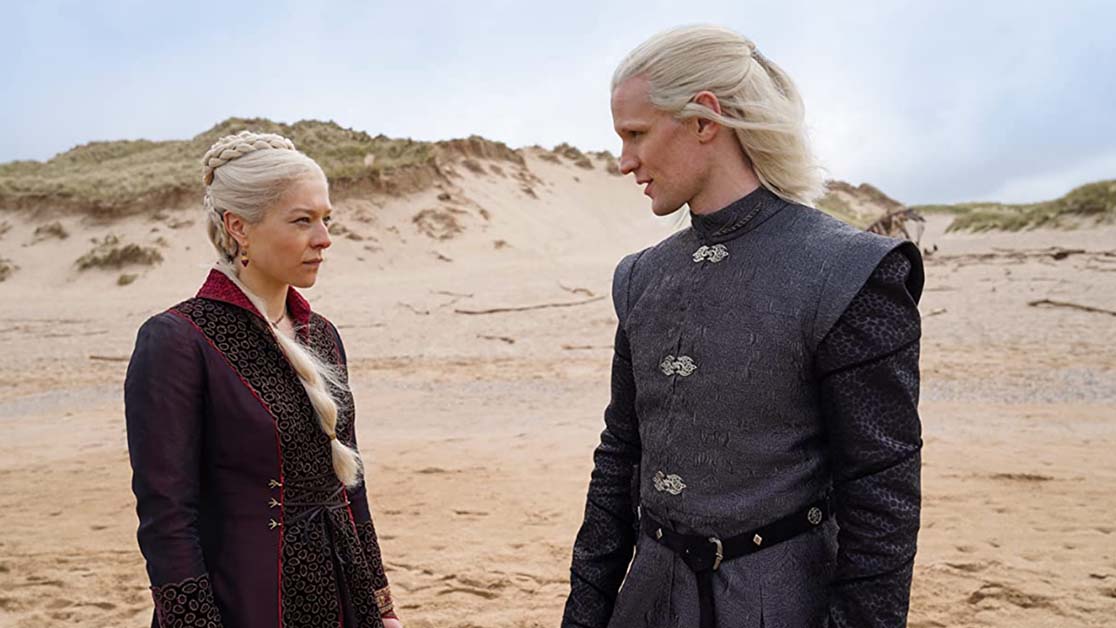 New details and images have emerged for House of the Dragon, revealing that the show will be more diverse than Game of Thrones.

House of the Dragon is a prequel to Game of Thrones. It focuses on the Targaryen house when they were in power in Westeros. It’s set to premiere on August 21st on HBO.

In a new interview with Entertainment Weekly, the cast and crew discuss the upcoming. Showrunner Ryan Condal talked about the need for more diversity. He said “It was very important for Miguel and I to create a show that was not another bunch of white people on the screen. We wanted to find a way to put diversity in the show, but we didn’t want to do it in a way that felt like it was an afterthought or, worse, tokenism.”

One of the ways they achieved this is by making sure black actors weren’t just cast as pirates or slaves. Most of the black actors in Game of Thrones fell into these kinds of categories, and were usually smaller roles.

House of the Dragon features the Velaryon house, described as “wealthy black rulers marked by flowing silver dreads”. The head of their house is Lord Corlys Velaryon, known as the Sea Snake.

Another new character is Princess Rhaenyra, played by Emma D’Arcy. She’s describved as “pushing at the edges of womanhood” and “obsessed with masculinity”. She takes on roles that males typically would in this setting, sch as riding dragons.

We’ll have to wait and see how different she is to Daenerys, or whether it will feel like a retread of that kind of character arc. It seems like the show is going in a different direction though. It has a lot of fans to win back after the much-criticised Season 8 of Game of Thrones, so hopefully it works out.