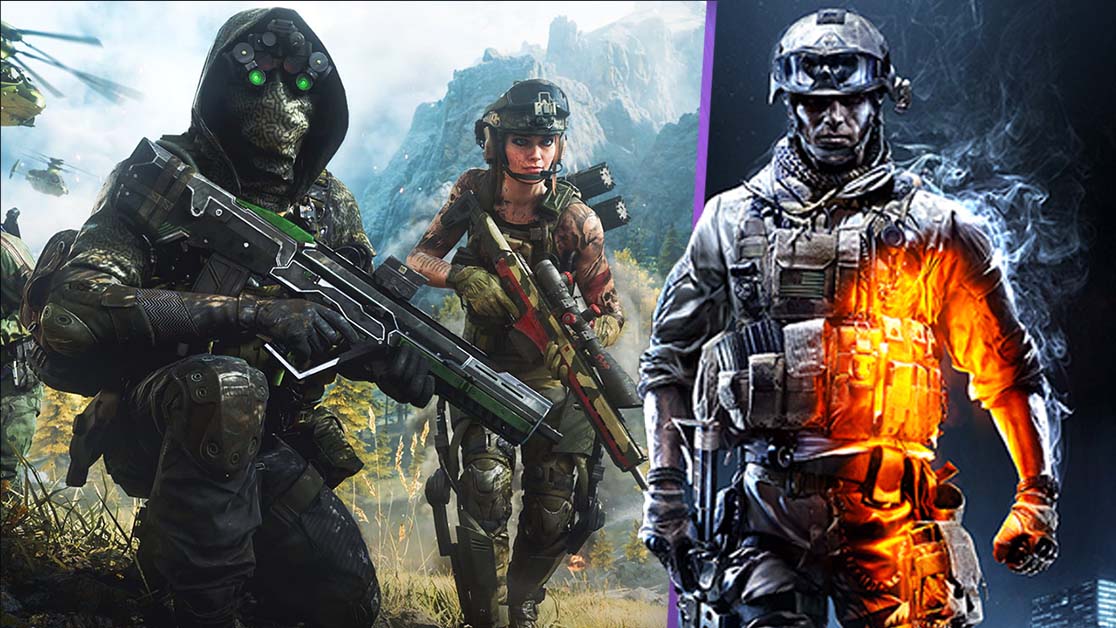 What are the best multiplayer games to play with friends? From Warzone to Rocket League, here are some games you need to play together.

Just like Fortnite, Apex Legends and Warzone – Epic Games have this brilliant game free to play. Whether you’re on PlayStation, Xbox, Nintendo Switch or PC, you simply have to get your hands on Rocket League. If you’re not keen on playing traditional football games like FIFA, then this is the game for you.

This smash hit didn’t get the love it deserved for a quite while after release, but Among Us will have you hooked for weeks, possibly months on end. The premise is simple: fulfil tasks on a spaceship, while an ‘imposter’ attempts to murder each of your team. Sounds easy right?

Well, the game presents players the opportunity to accuse others of murder, making this the ultimate squad game for laughter and hilarious betrayals.

We all remember the glory days of Halo 3 on the Xbox 360. Thanks to the magic of Xbox Game Pass, we can live those days again through the Master Chief Collection. Remastered with a new coat of polish, Halo 3’s multiplayer is a still masterclass in the FPS genre. There is a wealth of addictive game-modes to try out, so grab your Energy Sword and take the fight back to the enemy.

Respawn Entertainment’s fast paced battle royale can lead to some truly awe inspiring moments. Apex Legends has an excellent arsenal of weapons, which are complimented by the game’s fantastic traversal methods. Sliding, weaving and zipping around the map is a breeze, but getting the dub? Now that is the real challenge.

It doesn’t matter if you’re an avid football fan or a complete novice, playing Pro Clubs with your mates on FIFA 22 is sure to inspire golden moments. You’ll be able to customize your squad, level your own football star and rise up the league to greatness. We’re sure you’ll get into skirmishes with your mates for a few mistakes, but its all worth it for the pure fun that Pro Clubs provides.

Crystal Dynamics launched their take on bringing the Avengers together in 2020, spawning a divisive response upon release. While its taken some time to get the game into fighting shape, Marvel’s Avengers is a wicked time with friends. Each hero is complete with an in-depth move set, that feels especially satisfying if you’re a PS5 user on the DualShock 5 controller. Levelling up has been simplified, making it far easier to make your heroes extremely powerful. We recommend giving Avengers another chance.

GTA Online has so many game-modes to keep up with it, ensuring that there is a constant sense of variety to Rockstar Games’ multiplayer experience. If you’d prefer to duck out of a specific mode to cause some mayhem in Los Santos, players can do that and more at will. Its especially fun to customize your character, vehicles – making GTA Online a more tailored experience.

Call of Duty’s battle royale spin-off may have lost of the charm from its Verdansk days, but we’re still enjoying what the game has to offer. Thanks to a fresh map in the form of Fortune’s Keep, Warzone is still a fiery FPS experience that is sure to keep your squad on their toes. Go and get that dub.

Black Ops 3 has become the go-to hub for all things CoD Zombies. Thanks to the plentiful amount of maps to explore, combined with modern and older weaponry, Black Ops 3 Zombies still provides hours of endless undead chaos. Its great to revisit iconic maps like Der Riese and Nacht Der Untoten with a new coat of polish, so don’t hesitate to take a trip down memory lane.

Fortnite’s success really is astonishing. Originally entertaining players with its Save The World mode, its venture in the world of battle royale combat had paid off tenfold. Now, Fortnite is a pop-culture paradise, combining solid gameplay mechanics with your favourite characters across TV, movies and more. We’ll see you on the Battle Bus soon.