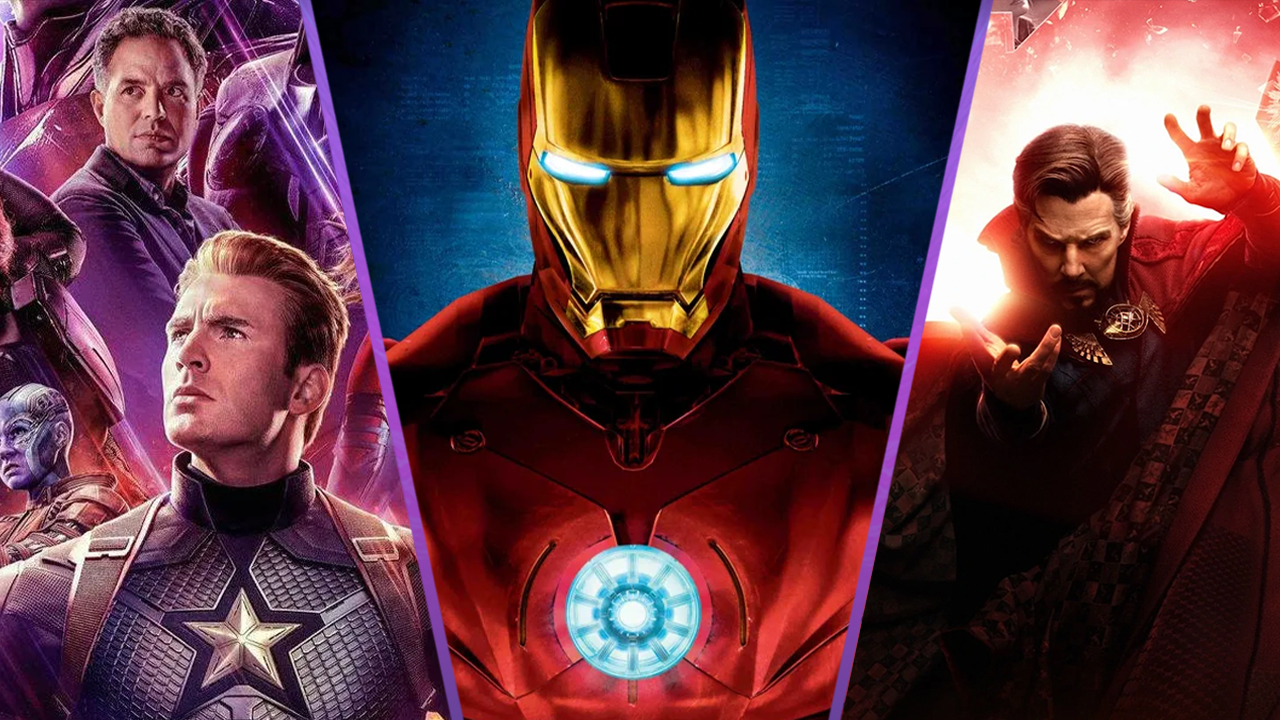 Phase 4 is going strong and MCU films are coming out at what seems like a faster pace than ever. After 29 films spanning over 14 years, however, the long-asked question “which Marvel movie is the best?” is more prevalent than ever. Well, from 2008 to 2022, here are all 29 of the MCU Marvel movies ranked from worst to best.

Have you also played the latest Marvel games? You can buy Marvel’s Avengers from £15.95 and the Marvel’s Spider-Man games from £18.95.

Every MCU Marvel Movie Ranked From Worst to Best

There are fundamentally no MCU films that could be thought of as awful. Thor: The Dark World, however, was the first – and still the strongest contender – in the fact that a Marvel movie can be boring and forgettable.

The MCU’s third film and first symptom of “sequelitis”. Using two villains to rival Tony Stark with their combined talents; businessman Justin Hammer and tech genius Whiplash; wasn’t a half-bad idea on paper. In execution, along with the very clunky script, Iron Man 2 falls flat on its face compared to its predecessor.

Director, Shane Black, used Iron Man 3 to ask the question “is Iron Man the suit, or the man who wears it?”. Sadly, by taking away Tony Stark’s armour for the majority of the film, Regular Ma-, Iron Man 3 ends up being more of a mess with no payoff – with any lessons learnt come undone by Age of Ultron. We’re still not over the Mandarin fake out either.

Edward Norton plays a great Bruce Banner. If he got more of a chance to show that off, he might have surpassed Mark Ruffalo. With its huge emphasis on drama though, the Hulk’s only MCU solo outing never really hits hard enough before a lacklustre story outstays its welcome.

Part buddy cop movie, Captain Marvel has some small hints of fun going for it – most notably a CGI de-aged Samuel L Jackson playing Nick Fury. Besides that, dragged down by a lukewarm lead, Captain Marvel is merely a textbook copy and paste of the Marvel formula with little else to stand on its own – besides the 90s nostalgia filter being added far too much.

Scarlett Johansson shines in her final outing as the titular Black Widow in her own take on a comic book spy thriller. On the other hand, that only makes it all the more disappointing when the film’s lack of stakes and many unfunny jokes fail to land. Not even Stranger Things’ David Harbour can save an all too familiar but still bland story.

Eternals does so much in trying to break away from the tonal formula of the Marvel Cinematic Universe. An interesting premise, Eternals ends up being too convoluted without anything engaging enough to keep viewers gripped by the third act, making the idea of a rewatch more of a chore.

Far From Home feels less like a Spider-Man film, and more like an Iron Man Jr movie with a highschool rom-com layered in. There’s a few laughs to keep us going, but Jake Gyllenhall’s Mysterio and the ending scene is all that’s memorable about Tom Holland’s second solo Spidey flick.

Tonally, the first Thor film has aged to be a bit cheesy. Nevertheless, the fish-out-of-water humour still hits the mark in places, despite the boring New Mexico setting. When the Asgardian elements are involved, it’s an alright time with dynamic characters set in Norse mythology.

Age of Ultron brought us Vision and Elizabeth Olsen’s fantastic Scarlett Witch. That along with a couple of memorable fight scenes like Hulk vs Hulkbuster Armour, makes Age of Ultron ticks the boxes for entertainment. As a package though, the Avengers sequel never captures that same lighting in a bottle as before, instead packing a repetitive plot with hit-and-miss humour.

Nowhere near as fresh or funny as the first, Ant-Man and the Wasp remains a good time with the new comedic twists on the titular hero’s shrinking tech. That’s all the more with a few extra hilarious moments delivered well by Paul Rudd and the rest of the cast.

The first Doctor Strange film has been getting better with age. Its trippy effects utilised to entertainingly present the MCU’s realm of sorcery have become all the more pivotal in later films. In terms of story beats, it’s still essentially Iron Man with magic, but the “Dormammu, I’ve come to bargain” ending, is still one of the most interesting ways a Marvel hero has overcome one of its villains.

Not without its flaws, like the majority of fighting WWII Nazis brushed over into a brisk 2-minute montage, Captain America: The First Avenger is a charming WWII period piece. One of a stubborn yet morally righteous hero performed fantastically by Chris Evans.

15) Shang-Chi and the Legend of the Ten Rings

Simu Liu and Awkwafina bring a lovable dynamic leading Shang-Chi and the Legend of the Ten Rings. The 25th MCU film combines a deep dive into the Ten Rings Organisation that’s been known since the beginning, but stands out from the crowd with incredible martial arts choreography, including the incredible bus scene. The only thing stopping it from being ranked higher is retreating to a repetitive CGI-heavy climax in the third act.

Click the next page to see more of the MCU Marvel movies ranked from worst to best!