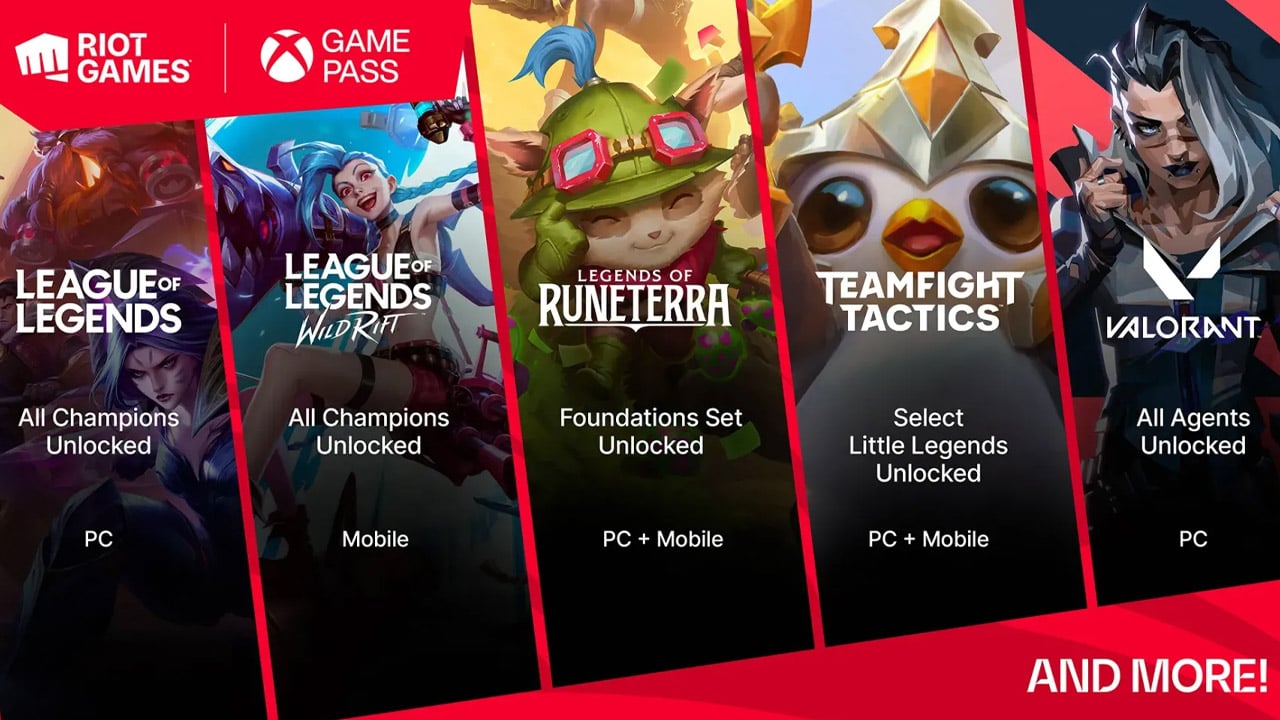 Game Pass is one of the best deals in gaming and it’s just gotten a little better. Not only does it have a huge list of games to play but it also has a bunch of great extras. It has just added something else to make those extras even sweeter.

Especially if you’re a fan of Riot Games.

What Is Happening With Riot Games And Game Pass?

Although the partnership isn’t seeing any of Riot’s games coming to Xbox (for now that will have to remain a hopeful dream) it is seeing something pretty darn fantastic. It’s also something that could save people money.

Let’s break down what you get for each game.

League of Legends – All Champions Unlocked

With Game Pass you will have all 160+ champions unlocked and get day-one access to each new champion released.

Wild Rift, if you’re not familiar, is basically the mobile version of League of Legends. If you’ve ever wanted to scratch that MOBA itch whilst on the go it’s worth checking out. Game Pass will again unlock all champions and grant day-one access to new champions.

Getting the Foundations Set with Game Pass will be very useful if you’re looking to start Legends of Runeterra. It adds a huge amount to your card pool which should hopefully help make it less daunting to newcomers.

Game Pass in Teamfight Tactics will give you access to a rotation of Tier One Little Legend avatars.

What do you think of this Riot Games and Game Pass collaboration? Let us know on our socials.

You can read more about the partnership on the Xbox blog and read more from FragHero below!