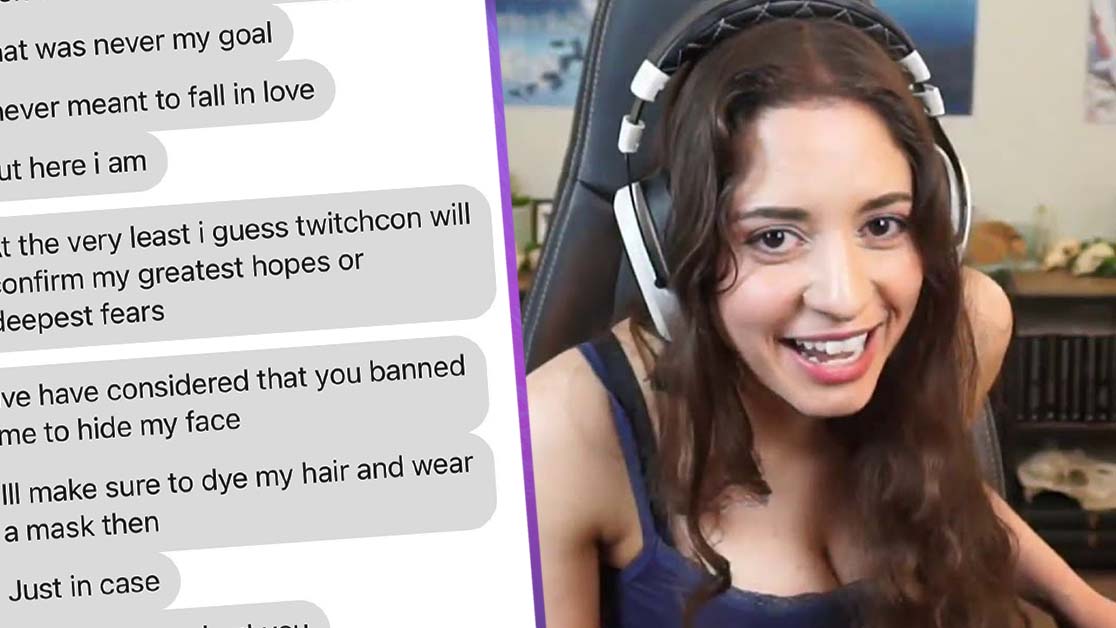 Twitch streamer SweetAnita has asked how to book security at events after revealing messages she received from a stalker.

Popular streamers have always had to deal with the occasional weird person messaging them, especially if they’re a female streamer. And SweetAnita is the latest to reveal the awful messages she received from an obsessed viewer.

She tweeted “STREAMERS how and where do you book security for twitchcon events? I had a crazed homeless guy join my discord and my comunity is full of really kind people so they all crowdfunded for his living expenses and twitch tickets etc not realizing he’s sending messages like these.”

The man sent messages like “I don’t like feeling like a stalker. That was never my goal. I never meant to fall in love, but here I am.” He also said “I guess TwitchCon will confirm my greatest hopes or deepest fears.”

He continues, saying “I don’t want to hurt you. Or your security. This is complicated. But I love you. I’ll listen carefully if you have something to allude to on stream.”

It’s no surprise Anita wants to find security for the event, because these are some seriously unhinged messages. Thankfully, people in the comments have been recommending security, so hopefully she’s able to work something out.

But this situation highlights the obsession some people develop with people they watch online, and its potential dangers. Sadly, there’s no way to completely avoid people sending messages like this.

One comment from Pokemon streamer VideogameShay reads “No amount of security or wanting to see friends would make me want to attend based on this type of threat. In fact – I don’t go to these events purely for reasons like this. Please stay safe.”

The dangers of stalkers are very real, and clearly a major reason why some people don’t feel safe at events like TwitchCon. Hopefully security there is able to handle any potential problems.