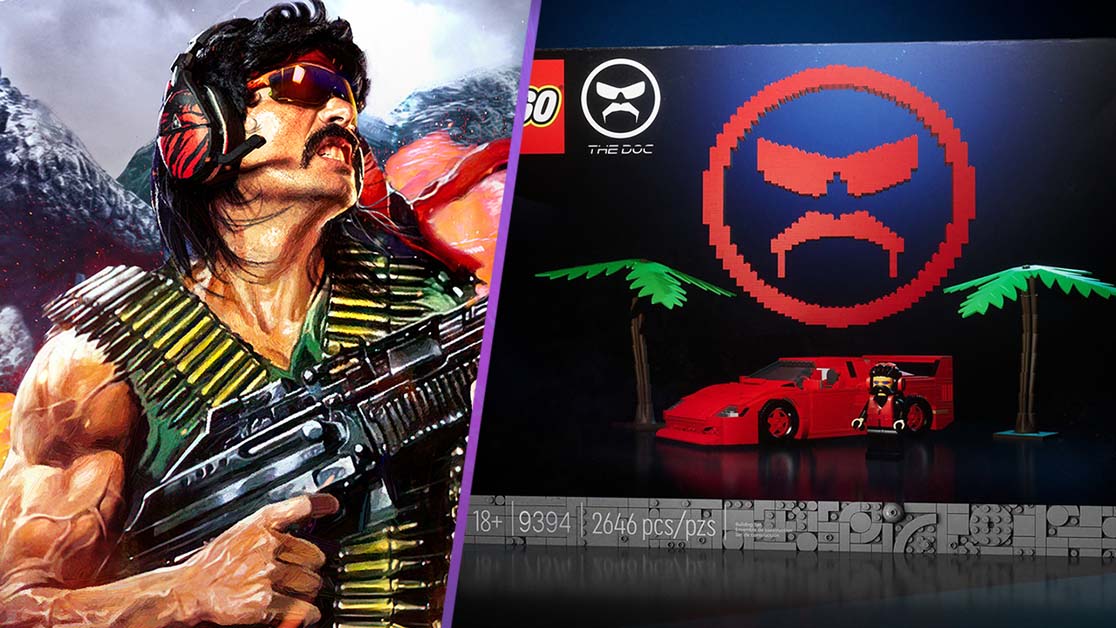 Worlds have collided with Dr Disrespect creating his very own LEGO set for fans to admire, although it’s not currently for sale [via Dexerto].

Although Dr Disrespect seems to have faded in the public eye a little, he’s still hard at work pumping out content for his avid fans. He regularly streams on YouTube to a massive audience, keeping up the persona of a ‘peak gamer’ – whatever that means.

For fans that want to celebrate their love for the streamer, there’s plenty of merchandise that you can buy from his online store. However, some fans are going wild for the latest concept that Doc has created – his very own LEGO set.

Posted on Twitter, the Doc revealed his creation with a simple caption: “Speed. Momentum. Legos.” We’ll gloss over the fact that ‘LEGO’ is pluralised and not in capitals because the set does look pretty cool, even if it’s not real. It includes a bright red Lamborghini car flanked by two palm trees. There’s also a large version of the Dr Disrespect logo, sunglasses and ‘tache all included. A little minifigure version of the Doc himself is also spotted next to the vehicle.

As mentioned, this set isn’t actually real – it’s just a mockup that Dr Disrespect has posted on his Twitter. However, it is possible to realise at least one part of this set. If you head to the LEGO website, you can create and order a custom minifigure that looks fairly similar to the real deal.

It’s very unlikely that LEGO will bring this set to life for real. In that case, Dr Disrespect fans will have to get their creative hats on and build the thing from scratch. Would you buy this Dr Disrespect LEGO set if it were real? Let us know across our social channels.