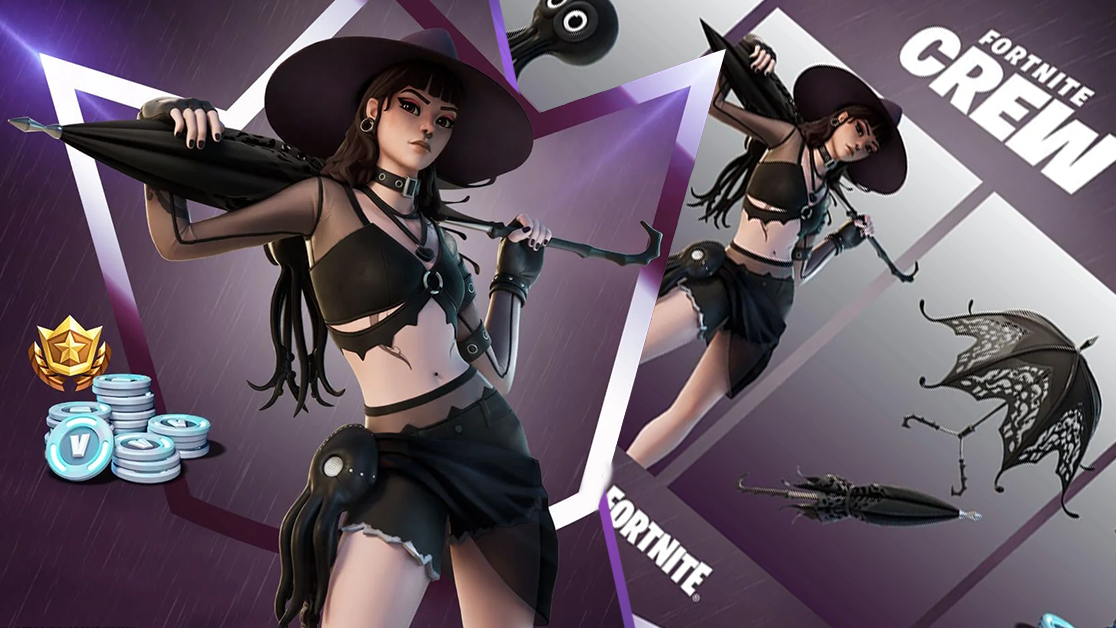 On Monday 27th June, Fortnite developer Epic announced the contents of the Fortnite Crew pack for July 2022, with the Phaedra Fortnite content going live at 8 PM ET on June 30th 2022. This release date is slightly later in the UK, arriving at 13:00 BST on July 1st 2022.

The Fortnite Crew is a monthly subscription service that gives players access to exclusive in-game benefits and cosmetics that are not available from the Battle Pass or Item Shop in-game.

This month Phaedra Fortnite exclusive skin brings a gothic edge to Fortnite Crew thanks to her witch outfit with a bonus “shrouded” style. Players will also receive the following items:

As a bonus for Phaedra Fortnite Crew pack subscribers, they will also unlock Save the World PvE game mode. This will be accessible even if players unsubscribe to the service.

Other Fortnite Crew subscription bonuses include access to the current Chapter 3 Season 3 Battle Pass. For owners of the Battle Pass, they will instead receive 950 V-Bucks instead.

There’s also a monthly 1000 V-Bucks bonus which is automatically credited to a player’s account each month on their billing date.

June has seen multiple crossovers in Fortnite including Star Wars and Naruto, and it isn’t going to stop there. July will see the arrival of Indiana Jones content with a possible crossover with Dead by Daylight too. It would certainly match up with the appearance of Phaedra in this month’s Crew pack benefits.

Fortnite Crew subscriptions are billed monthly at $11.99 or equivalent and can be cancelled at any time via the Fortnite Crew screen in-game.