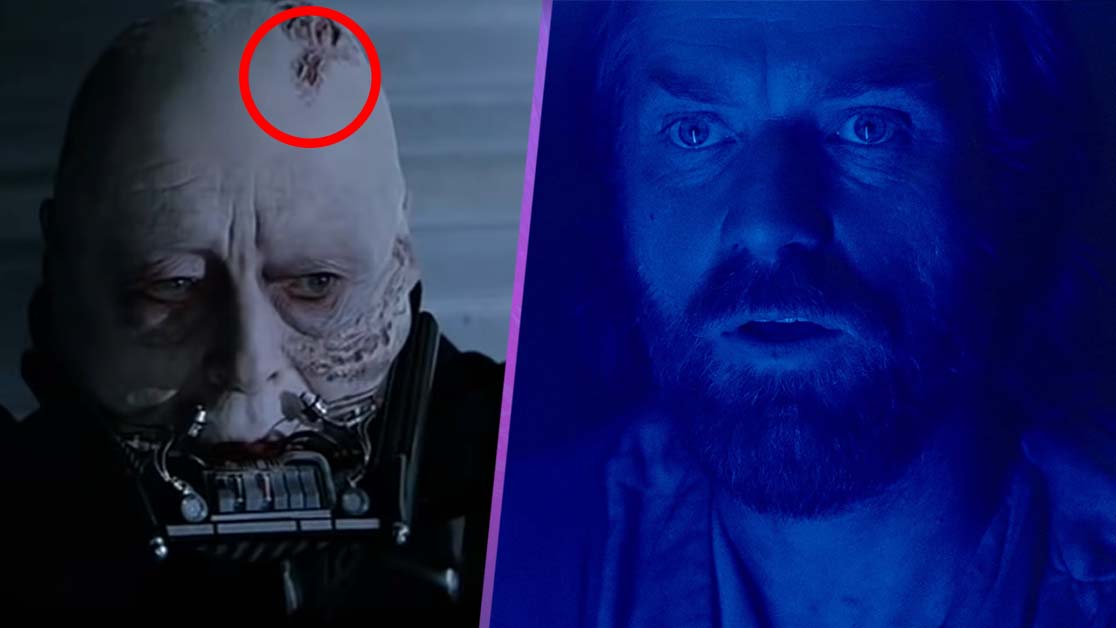 Episode 6 of Obi-Wan Kenobi has finally landed, and it’s everything that fans could have hoped for. A satisfying fight to round off Darth Vader’s assault, and an intriguing end to Reva’s arc – all the while sprinkled in with plenty of Easter eggs and references.

Here are our top eight favourite Easter eggs that we spotted in episode 6 of Obi-Wan Kenobi.

The lightsabre combat in Obi-Wan is some of the best we’ve seen in Star Wars so far, hands down. Seeing Ewan McGregor and Hayden Christensen hash it out using all of their might was an impressive feat to watch, especially as each character started utilising the force in creative ways.

Fans may have recognised a familiar nostalgic sound effect towards the end of the fight. Once Kenobi begins to best Vader, he manages to break the control panel on his breathing apparatus. It’s then that we hear the iconic wheeze sound effect that we also heard in Return of Jedi when Luke Skywalker defeats the Sith Lord.

Sticking with Vader, Kenobi seems to have given us an answer to where the iconic character earned one of his scars. When Luke removes Vader’s helmet in Return of the Jedi, we see that his skin is completely destroyed from fire damage, his egg-shaped head littered with craters and scars from his previous scraps.

Until now, the Star Wars fan base has explained these scars with the fire damage caused to Anakin while left to burn on Mustafar. However, it seems that one of the deeper scars on Vader’s head is in the exact same spot as where Kenobi slices open his helmet. We’d love it if it turned out that Vader still carried the scar from his old master right the way through until the end of Return of the Jedi.

We all know and love that iconic Princess Leia line from A New Hope. At the beginning of the Kenobi series, we were starting to wonder how on earth Leia knew of Ben Kenobi’s alternate identity. After all, most people surely knew the old Jedi as Ben around the time of A New Hope.

The season finale of Kenobi had the answers to that. As Kenobi leaves Leia on Alderaan, he makes her a promise that she can call to him for help when she needs it most, revealing his true name in the process. When Leia asks if she’ll ever see Obi-Wan again, he replies: “Maybe someday – if you ever need help from a tired old man.” This could also be a tongue in cheek reference to how the Alec Guinness version of Ben Kenobi looks much older than Ewan McGregor, despite only being seven years older in canon.

Here’s one for fans of The Clone Wars and Rebels TV shows. As Kenobi begins his iconic fight with his once apprentice, he enters into the iconic lightsabre stance. With one arm extended and the other holding his lightsabre poised and pointed above his head, this was the point when Star Wars fans knew that sh*t was about to get real.

This is the same stance that Obi-Wan assumes in Revenge of the Sith when he’s about to fight General Grievous. He also assumes this stance several times in The Clone Wars TV series, and again in Rebels when he finally defeats Darth Maul.